I'm Gunning For You

It's been quite some time since I wrote my last story. Thought it'd be fun to get the creative juices flowing again with something short.

I'm Gunning For You

From the darkened recess of his hiding spot, Joey spied his target. Completely unaware of the gruesome fate that awaited, the prey strolled casually by. Joey's pulse quickened for a moment as a warm rush of adrenaline surged through his body. Taking a long, slow breath then exhaling fully, the predator readied himself for the attack.

The time had come to settle a score and the loaded gun in his hand was now trained on the unsuspecting passer by. Without warning Joey sprang out from the shadows and shouted at the young man before him.  As Michael, his lifelong friend, spun around, the two locked eyes. Michael knew his time had come and there was nothing he could do about it but accept his fate.

Joey extended his gun wielding hand, squeezed quick and deliberately and screamed wildly in a blood thirsty cry. His aim was true and seconds later as Michael recoiled, he found himself completely soaked. The H2O-189 water cannon Joey had purchased the day before proved to be exactly the weapon he'd hoped it would be.

As the two young boys laughed on this hot summer day, Michael vowed, "I'll get you Joey Castinetta.  Mark my words!"
Posted by Jeff B on Sunday, March 03, 2019 3 comments:

On the 11th of February a year ago, my mom left this world. With cancer riddling nearly every vital organ in her body, she mercifully went from diagnosis to her passing very quickly. If you are one of the very lucky few to have never had this hideous disease affect you or a loved one, that previous statement may seem odd or even callous. Being grateful for a quick passing would seem rather strange at first thought, but for anyone who's endured the suffering of someone over a long period of time, they'll know "quick" is actually a blessing in disguise.

Sure I wanted more time with her. To hear her stories again. To tell her how much I loved her. To just sit and be with her. But all of those things would only have been self serving for me. Any pain she would have known could in no way have compensated for an extension of her life.

You see, my mom was the true definition of love and she was kind beyond words. She was fiercely protective of all of her kids, and that meant the three that she gave birth to as well as countless others that she considered her kids. Basically, if you were a friend of one of my brothers or myself, you were quickly adopted into the family. Didn't matter if you were older or younger. White, black or sky-blue pink with purple polka dots. Tall, short; Gay, straight; Rich, poor. None of those things mattered to her. She had an uncanny way of seeing beyond the labels to the person that was within.

My mom had as keen of a sense of humor as any comedian out there. Beyond the jokes or the snarky comebacks, she taught me that humor reallyiq,  in its root form,  the ability to laugh at myself first and then the world after. If we can accept the faults, quirks or idiosyncrasies (call them what you will) we each own and find levity in them, then the worlds problems that get placed on our shoulders aren't quite as burdensome to carry.

Even with that outlook, there were times when the weight seemed especially heavy. That's when she showed her sympathetic side. That might have meant a shoulder to cry on or just an ear to bend. Whatever it was, she was there to support and encourage.

She also knew love meant being tough when it was required. She certainly wasn't afraid to call me out when my common sense took a leave of absence. Being a parent myself, I know how incredibly difficult this can be and she was able to manage it beautifully. Kind of the velvet hammer effect. That extraordinary way of being able to say you're being a complete ass while still telling you she would never lose her love for you.

I think it's safe to say there's a hole in my heart without her. It has mended some over this past year and I suppose it will continue to do as the subsequent years march on, but I know it will never fully close. That's okay too. I don't walk around in a mope all day, not by a far stretch, but that little bit of hurt that remains dormant for the most part is actually healthy I think. It keeps me connected to all my memories of her. I suppose there can't be a loss of love without some level of hurt to go with it.

We talked in person or by phone nearly daily. We weren't necessarily solving the worlds problems with every conversation though. More often than not it was just checking in with one another. Admittedly I would roll my eyes every once in a while when I saw the phone ring. Not always, but sometimes. "We just talked yesterday" I would think on those occasions. A year later I would give anything to have another one of those conversations with her. In a way, I recently did. Let me explain.

About two or three days before the anniversary of her passing, I had one of the most vivid dreams I've ever had. She and I talked for a long time. I could see her sitting right in front of me and I could actually hear her voice as clear as day. The weird part is, I couldn't tell you what we talked about; Just that we talked. I found that strange as I reflected on our conversation. Maybe I was just so elated to be "talking" with her again, I lost track of exactly what was said. Hard to say. It was a dream, and those don't always make perfect sense.

I woke up with my head held high and in the best of spirits. The world seemed a whole lot brighter and lighter for the entire day. Even if the conversation we had was only a dream of mine, it meant much more to me than I can adequately explain. I hadn't had a dream of her before that night, nor have I since, but maybe some day I will again. Maybe it was a gift from above. A little, "She's alright up here" for me to hold on to. I don't know. What I do know is I was and am tremendously grateful for experiencing it.

If your parents are still with you, be patient, be kind, reach out to them. Some day the opportunities to do so will no longer exist.
Posted by Jeff B on Thursday, February 28, 2019 3 comments:

Back In the Saddle Again!

Well... It's been six years and twenty-three days since I last posted anything here. Like most of the people that used to write on blogs, we all seemed to abandon them in favor of the more simplistic Facebook, Twitter or Instagram route. I too followed the crowd to Facebook and am still there, but lately I've been yearning for something with more substance. Something like a... well, like the good ol' blog.

A couple of months ago I read back through all the old posts I'd written, and remembered how much enjoyment this little corner of the blogosphere gave me. I met some really great people here and have maintained those friendships to this day. Sadly, some people I've completely lost touch with. Makes me wonder what became of them. Busy lives carrying us in a multitude of different directions I suppose. Still, I wonder.

Beyond the friendships, one of the things I really missed was writing stories. I love telling a tale. I want to get back into that groove again. It helps to keep the synapsis firing in the old brain bucket and when you're an old fart like me, that's a good thing. Don't have any specific story that is dying to be told, but I'm sure as the fingers start caressing the keyboard again, the ideas will flow.

Noticed I'm going to have to update my sidebar. Only one person on there still writes with any regularity. That's my buddy Ron. Love that guy! Going to have to add my brother Gene on there too. He also decided to fire up his old blog and give it a go again. Now all I have to do is figure out how to do that again. LOL

If you happen to stumble on this post, leave me a comment and let me know you're alive. If you know of any weekly or monthly writing challenges, point me in their direction please.

That's pretty much it for this reintroduction. Interested to see where this next chapter takes me.

Looking forward to seeing my favorite team back at the big dance. 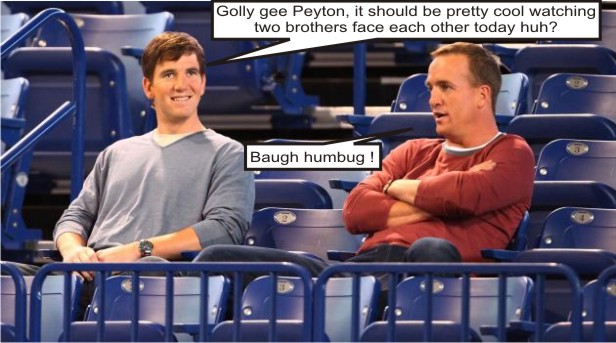 Visitors from around the world

A little of this and a whole lot of that.

I'm not solving the world's problems here, so don't get your shorts in a bunch. I'm also quite sure not everything posted here will appeal to every person. That said, if you disagree with what I say or publish, fine. Voice your opinion. Just keep a civil tongue please.